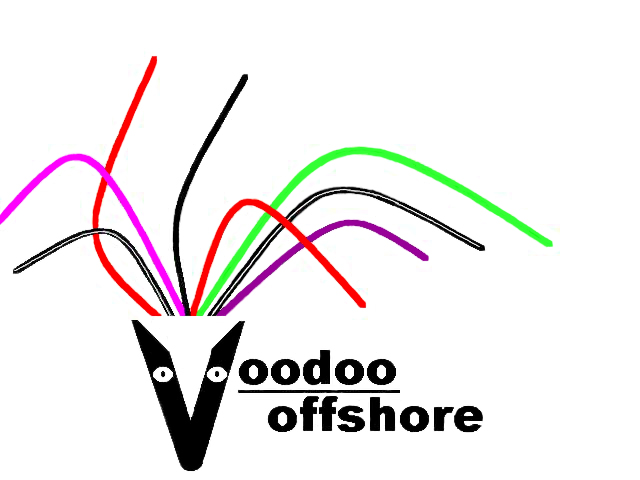 It's not luck, it's Voodoo!

Voodoo Offshore lures catch on and on in southern Texas.

Jerome Malone sent us these two pix from the Winter Wahoo Championship out of the Freeport Marina in Freeport, Texas. He was using our Wahoo Express and Big Kahuna lures to get these monsters. Jerome says the fish that was bitten off would have been the tournament winner. Jerome is 6’2″ and remaining part of the fish in the picture weighed in at a whopping 73 pounds! Pretty nice for even a whole wahoo. But the rest of that fish story is before they could get it all the way to the boat, a big shark came up and relieved them of half of what should have taken the tournament. What a disappointment! The other fish they caught they brought in whole and it was a keeper just not a tournament winner. Great going guys! And thanks for sharing your story with us and thanks for showing that Voodoo Offshore’s Wahoo Express and Big Kahuna lures are getting the job done in southern Texas!